Attorney Sasha Westerman-Keuning is a passionate defender of rights for immigrants, women, minorities and the LGBTQ community.  Since college, she has been a powerful voice and advocate for these communities and other important causes.

She served on the American Immigration Lawyer's Association (AILA) South Florida's Pro Bono Committee from 2011-2016.  As one of the leaders of AILA's Pro Bono committee, she is responsible for guiding the local chapter in pro bono activities and organizing the local event for AILA's National Citizenship Drive, offering free legal services for naturalization applicants.   Through her work on the Pro Bono Committee, she is one of the leaders of the Krome Mental Incompetency Project which aims to ensure that all mentally incompetent detainees are the Krome Immigration Court are represented by counsel.  In February 2014, Mrs. Westerman-Keuning received an award as part of the team of dedicated attorneys leading the Krome Mental Incompetency Project from the AILA.  The award was given to Ms. Westerman-Keuning and her team for their "commitment and passion in achieving justice for vulnerable and voiceless immigrants."   In addition, she assists with the planning and running of the annual Detained Children's Holiday Party for all the children located in immigration detention centers throughout Miami.

In 2015, Mrs. Westerman-Keuning established a unique pro bono project on behalf of the local chapter of the American Immigration Lawyers Association (AILA).  This project called the LGBTQ Undocumented Homeless Youth Initiative pairs qualified immigration lawyers with homeless or at-risk for homelessness LGBTQ youth who need representation before U.S. immigration agencies.  The project is a collaboration between the local South Florida AILA Chapter and several local LGBT non-profit organizations such as Unity Coalition, Project SAFE, the Alliance for LGBT Youth, and Pridelines, among others.

Did you know that 40% of South Florida’s population of homeless youth identify as LGBTQ?  Across the country, LGBTQ youth are disproportionately subjected to abuse, homelessness, violence and harassment than their heterosexual counterparts. Undocumented LGBTQ youth are especially vulnerable to homelessness and street violence in the United States.   Due to the strongly held cultural, religious and societal beliefs brought to this country by their parents, undocumented LGBTQ youth too often find themselves subjected to abuse and thrown out into the streets when they “come out of the closet” to their families.  With no lawful immigration status and a smaller safety net of family and community resources in the U.S. than native-born citizens, these teens and young adults find themselves living life on the street with little hope. This project gives these youth hope by providing free legal services to this vulnerable population.  Our law firm is very proud of the creation and implementation of this important pro bono service.

She also has worked with the Florida Immigrant Coalition in citizenship drives and the domestic violence organization "No More Tears" in filing pro bono applications for abused women who are eligible for relief under the Violence Against Women's Act ("VAWA").   In addition, she volunteers regularly with the Greater Miami Jewish Federation and the Boston College Miami Alumni Chapter in charity events.   She participated in the 2014 and 2015 AIDS Walk Miami with Team Bubbles, raising more than $5,000 to support AIDS research and treatment in Miami-Dade County, as well as the Light the Night Event for the Lymphoma and Leukemia Society of America.   Ms. Westerman-Keuning and Ms. Rostova are also both Young Founders of Mount Sinai Hospital in Miami Beach, Florida and provide a significant annual donation to the hospital to provide funding for cancer research and other life-saving services.

Lastly, Ms. Westerman-Keuning currently serves on the Board of Director's for Unity Coalition/Coalicion Unida, a non-profit organization which is the first and only organization for the LGBT Hispanic community in South Florida.  Unity Coalition seeks to advance equality and fairness for all members of the community.  Unity Coalition organizes workshops and events geared towards Miami's LGBT community throughout the year including:  workshops regarding name changes, fashion, makeup and wellness for the transgender community, workshops on bullying and hate crimes, the annual Legends Ball, the annual Celebrate Orgullo Latin Pride festival, among other great programming.  Mrs. Westerman-Keuning is an integral member of the Unity Coalition board.

Ms. Rostova is also committed to giving back to her community and  she regularly collects clothing items (especially children's clothing) as well as toys and other basic necessities for donation to the Lotus House, a homeless shelter for women and children located in Miami, Florida. 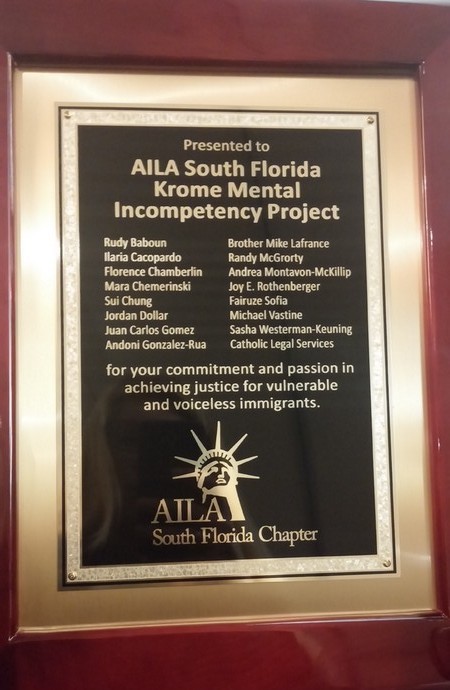 Sasha Receiving an Award from AILA 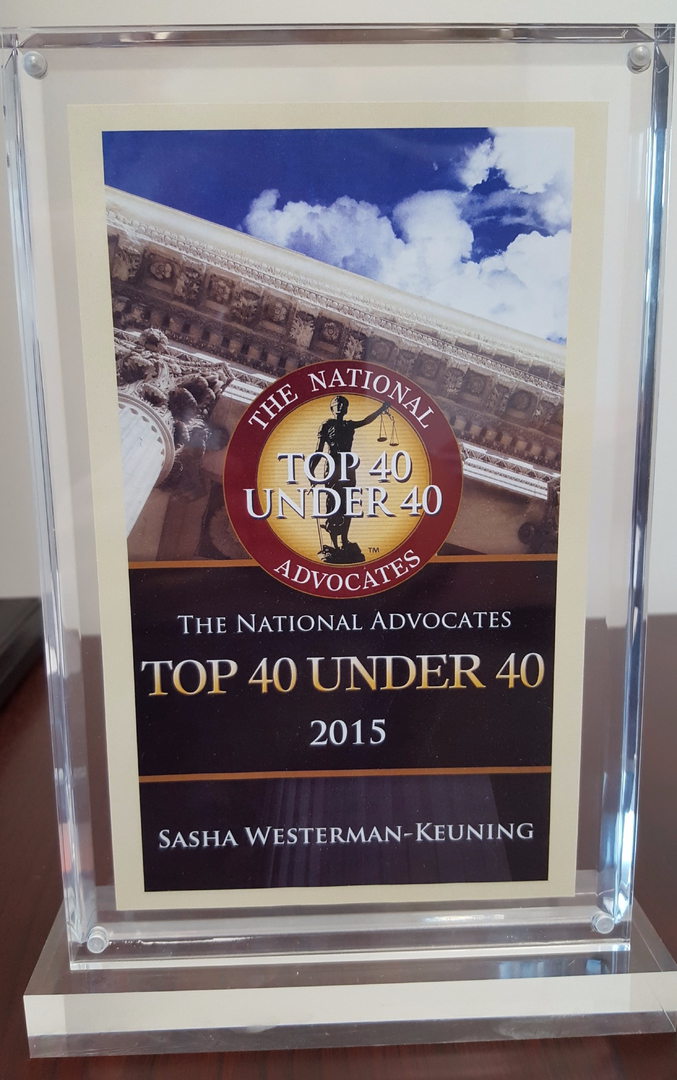 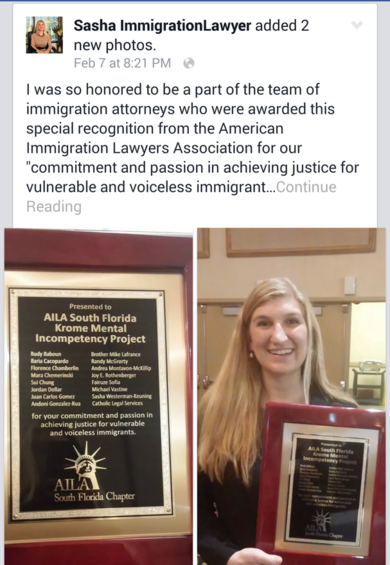 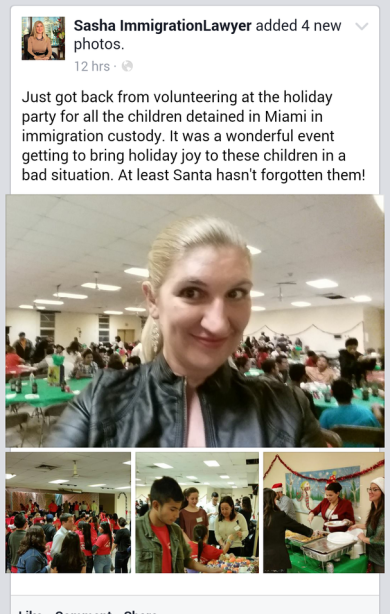