Obtaining Asylum in the United States

There are two ways of obtaining asylum in the United States, an affirmative filing through an asylum office and a defensive filing in removal proceedings. Rostova Westerman Law Group, P.A. has years of experience in both the affirmative and defensive asylum processes and has successfully represented individuals seeking asylum in the U.S.  It is very important to note that normally an applicant must file for an application for asylum within one (1) year of entering the U.S. to be eligible for asylee status, unless he or she falls within a narrow exception to the one-year filing deadline.

The process of filing for asylum requires applicants to provide detailed information regarding their past activities, associations, experiences of persecution, and current fear of future persecution should they be forced to return to their home countries. They must also provide information on conditions in their home country to support the accuracy of their claim. This information must be consistent with an applicant’s account of events and objectively support his/her fear of return.  It is extremely important to have a qualified immigration attorney to assist in the preparing and filing of an asylum application to avoid any discrepancies and inconsistencies during the asylum process as an applicant's credible is often the most important factor in an asylum claim.

To be eligible for asylum in the United States, the applicant must demonstrate that he/she is a “refugee” as defined by INA §101(a)(42), which includes several elements, each of which has been defined in greater detail through regulations and case law:

You must apply for asylum within one year of the date of their last arrival in the United States, unless you can show:

If your case is not approved by the local asylum office and you do not have a legal immigration status, USCIS will issue a Notice to Appear and forward (or refer) your case to an Immigration Judge at the Executive Office for Immigration Review (EOIR). The Immigration Judge conducts a ‘de novo’ hearing of the case. This means that the judge conducts a new hearing and issues a decision that is independent of the decision made by USCIS regarding the individual's asylum claim.

Once granted asylum, the individual may apply for work authorization and after one year in asylee status may apply to adjust status to lawful permanent resident. 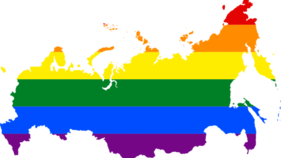 ASYLUM ALERT:  Attention LGBT individuals from RUSSIA! Due to the virulent, discriminatory policies and laws recently implemented by the Russian government, now is the time for LGBT men and women from Russia to apply for asylum in the United States. As is evident from the daily news articles detailing the torture and execution of gays and lesbians throughout Russia, it is not safe to return to your home country.  Russia has enacted laws banning support of the LGBT community and is actively arresting individuals who demonstrate any support for the rights of gays and lesbians.

Please contact our office if you would like to learn more about whether you may be eligible for asylum.