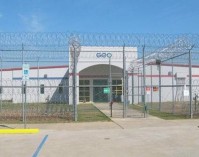 South Florida is the home to two major detention facilities:  the Krome Service Processing Center in Miami, Florida and the Broward Transitional Center in Pompano Beach, Florida.  It is important to contact a qualified immigration attorney immediately if a family member is detained by Immigration and Customs Enforcement ("ICE"). Normally, a detainee will be held during the entire pendency of his or her removal proceedings unless released on bond.

Our office also works regularly with detained and non-detained individuals who have been ordered deported in filing I-246 Stay of Removal, which prevents their physical removal from the United States.  Stay of Removal can be especially important in the climate of strict enforcment of the immigration laws by the Department of Homeland Security.

Immigration attorneys across the United States have seen significant changes to the priorities of the Department of Homeland Security and its enforcement arm, Immigration and Customs Enforcement (“ICE”) which are negatively affecting our immigrant communities.  While prior enforcement priorities focused mainly on those immigrants with significant criminal records, ICE’s new enforcement priorities cast every undocumented immigrant into a broad net of detention and removal.  So, what rights do you have if ICE comes knocking at your door?  All people living in the United States, including undocumented immigrants, have certain U.S. Constitutional rights and a right to due process.  The American Immigration Lawyer’s Association explains some of these rights: