Deportation proceedings (removal proceedings) are a court process initiated by the government to deport an individual (both permanent residents and non-residents) from the United States.  Hearings are held at local immigration courts where it is important that an individual be represented by a qualified immigration attorney.  Statisically, the chances of winning a deportation case is much higher for those individuals who are represented by an immigration attorney. Mrs. Westerman-Keuning regularly represents immigrants facing deportation proceedings in immigration court in Miami and Orlando, Florida. Some common issues that place individuals at risk of being placed in removal proceedings are for example:  overstaying a visa, criminal arrest/conviction, immigration status violations, abandoning his or her green card status, immigration fraud, or entering the U.S. illegally or without proper documentation. Under the enforcement policies of the current administration, any immigrant in the United States in violation of the law may become a target for deportation.

The deportation process begins when the government files a Notice to Appear, known as the NTA, with the local immigration court.  This is similar to a charging document such as an indictment in a criminal court case.  The Notice to Appear details the reasons that the government believes a foreign national to be removable from the U.S. and charges the individual with removability under specific provisions of law.  The immigrant may fight the validity of the charges against him or her by filing a Motion to Terminate.  If the judge sustains the charges against the immigrant, then he or she may then apply for relief from removal, if eligible. Our experienced immigration attorneys can then determine what relief may be available to the individual as a defense to deportation.

Some common forms of relief available in Immigration Court proceedings are the following:

Unfavorable decisions issued by the immigration courts are appealed to the Board of Immigration Appeals in Falls Church, Virginia. Denials of cases by the Board of Immigration Appeals are appealed to the U.S. Circuit Court of Appeals with jurisdiction over the immigration court which issued the initial denial and order of deportation.  In Florida, this is the Eleventh Circuit Court of Appeals.

Mrs. Westerman-Keuning has extensive experience in representing individuals in appeals before the Board of Immigration Appeals, Administrative Appeals Office and Eleventh Circuit Court of Appeals. She successfully argued appeals on a wide variety of cases before various judicial bodies.  She implements excellent research and writing skills to write the best possible legal arguments on behalf of her clients. 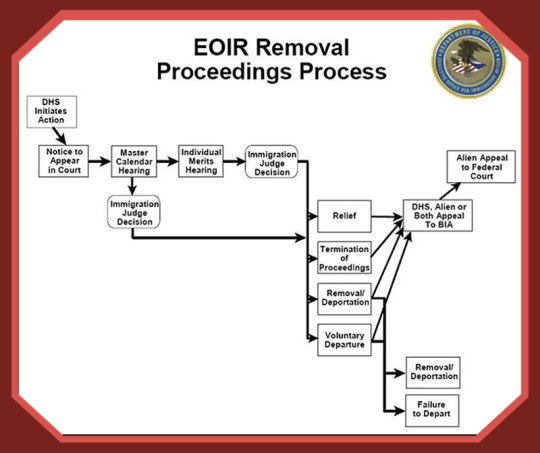